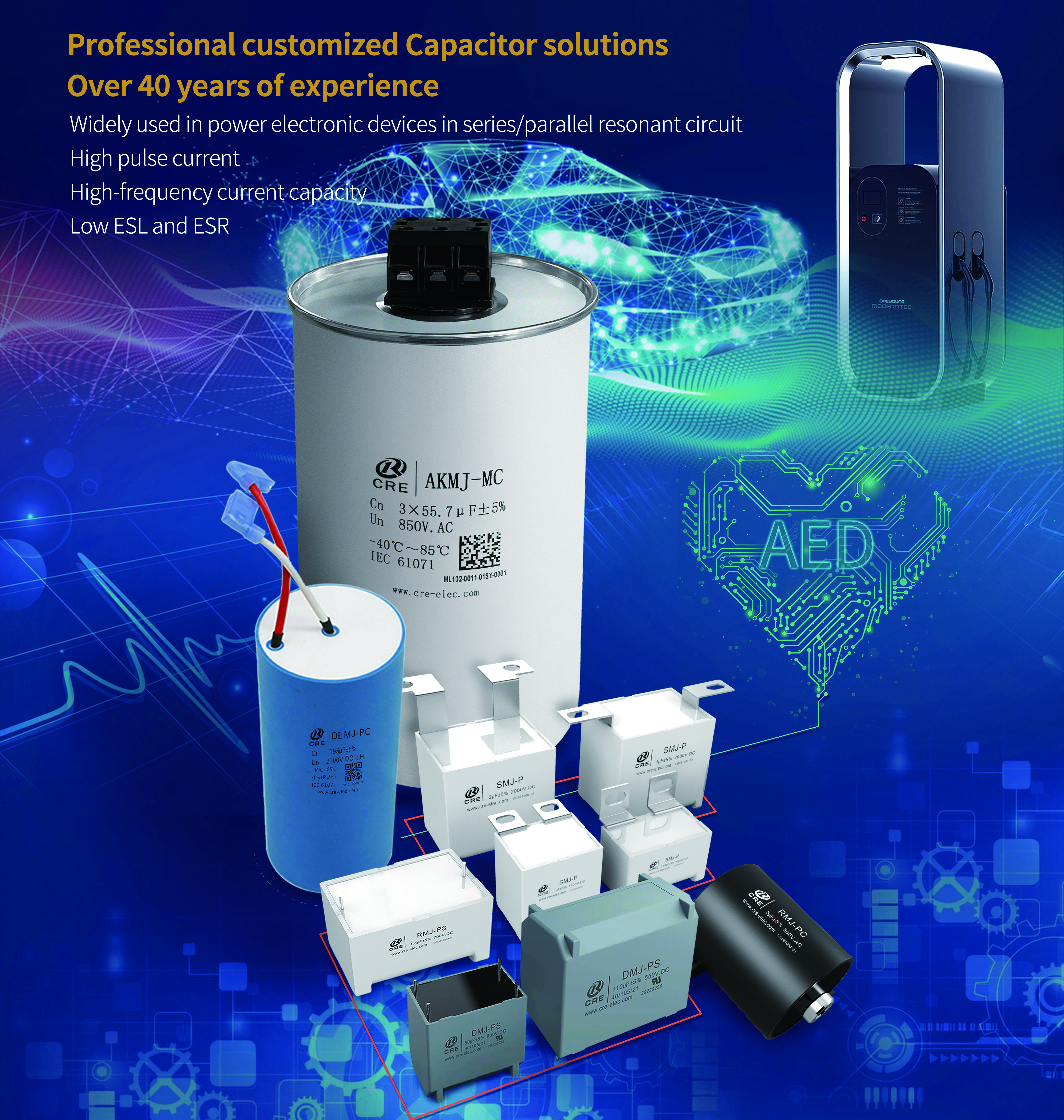 The role of film capacitors and its main applied industries

Film capacitor is also known as plastic film capacitor. It uses plastic film as the dielectric. It refers to a metal foil as an electrode, and plastic film such as polyethylene, polypropylene, polystyrene or polycarbonate, shall be overlapped from both ends and wound into a cylindrical structure. In the following editor will introduce to you “the role and main application areas of film capacitors”.

a. Same as all other capacitors, the role of film capacitors is to accommodate the action of electrical charge. As a component on a chip (typically) that is capable of holding a small amount of electrical charge.
b. Compared with other general capacitors, film capacitors have many excellent characteristics with excellent performance. Its main characteristics are as follows: non-polarity, high insulation resistance, excellent frequency characteristics (broad frequency response), and very small dielectric loss.
c. Among them, the capacitor of this type of metallized film has a so-called self-healing effect (Self Healing Action), that is, if a small part of the electrode is short-circuited due to the fragile dielectric, the electrode metal around the short-circuit part, affected by the electrostatic energy or short-circuit current carried by the capacitor at that time, shall cause a larger area of melting and evaporation to restore the insulation, so that the capacitor will restore the function of the capacitor. That is to say, it can heal itself in an instant.

With the development of technology, the replacement cycle of electronics, home appliances, communications and other industries is getting shorter and shorter, and film capacitors, with good electrical performance and high reliability, have become an indispensable electronic component to promote the replacement of the above industries. In the next few years, with the further development of digitization, informatization and network construction, and the country’s increased investment in power grid construction, electrified railway construction, energy-saving lighting, hybrid vehicles, etc., as well as the upgrade of consumer electronic products, the market demand for film capacitors will further present a trend of rapid growth.

1）Applied in power electronic circuits. Film capacitors are employed mainly as a buffer and clamping for power and current, resonant bypass, and suppression of electromagnetic interference of the power supply.

2）When the film capacitor is used as a bypass, it mainly reduces the impedance of the DC bus and absorbs the ripple current from the load, thereby effectively suppressing the fluctuation of the DC bus voltage caused by the sudden change of the load.

3）When the electronic device is used in a resonant converter, a resonance function will be achieved by working together with the inductor.